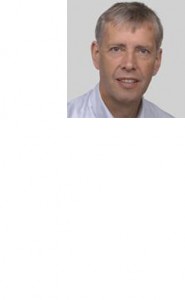 Tim brings to MMV his strong leadership skills and his expertise in product development, research strategy, management of research alliances and multiple therapeutic areas from infectious disease, through inflammation to neurology and reproductive health.

Prior to joining MMV, he was Senior Executive Vice President Research at Serono and brought several innovative molecules into clinical studies. From 1997 to 2007, he worked at the Glaxo Institute for Molecular Biology in Geneva, where he ran Protein Biochemistry, and led the research on Chemotactic cytokines. An enzymologist by training, his research interests includes protein structure-function relationships, and the role of cytokines in controlling host responses. He has over 180 scientific publications and several patent applications.

Tim has a PhD in Chemistry from Imperial College, London for Protein Engineering studies on enzyme catalysis, with Sir Alan Fersht. He was awarded an ScD in Biology from the University of Cambridge for his later work on Cytokine Biology. He is a Fellow of the Royal Society of Chemistry, and the UK Academy of Medical Sciences.